Meet
The
Board
Of
Directors 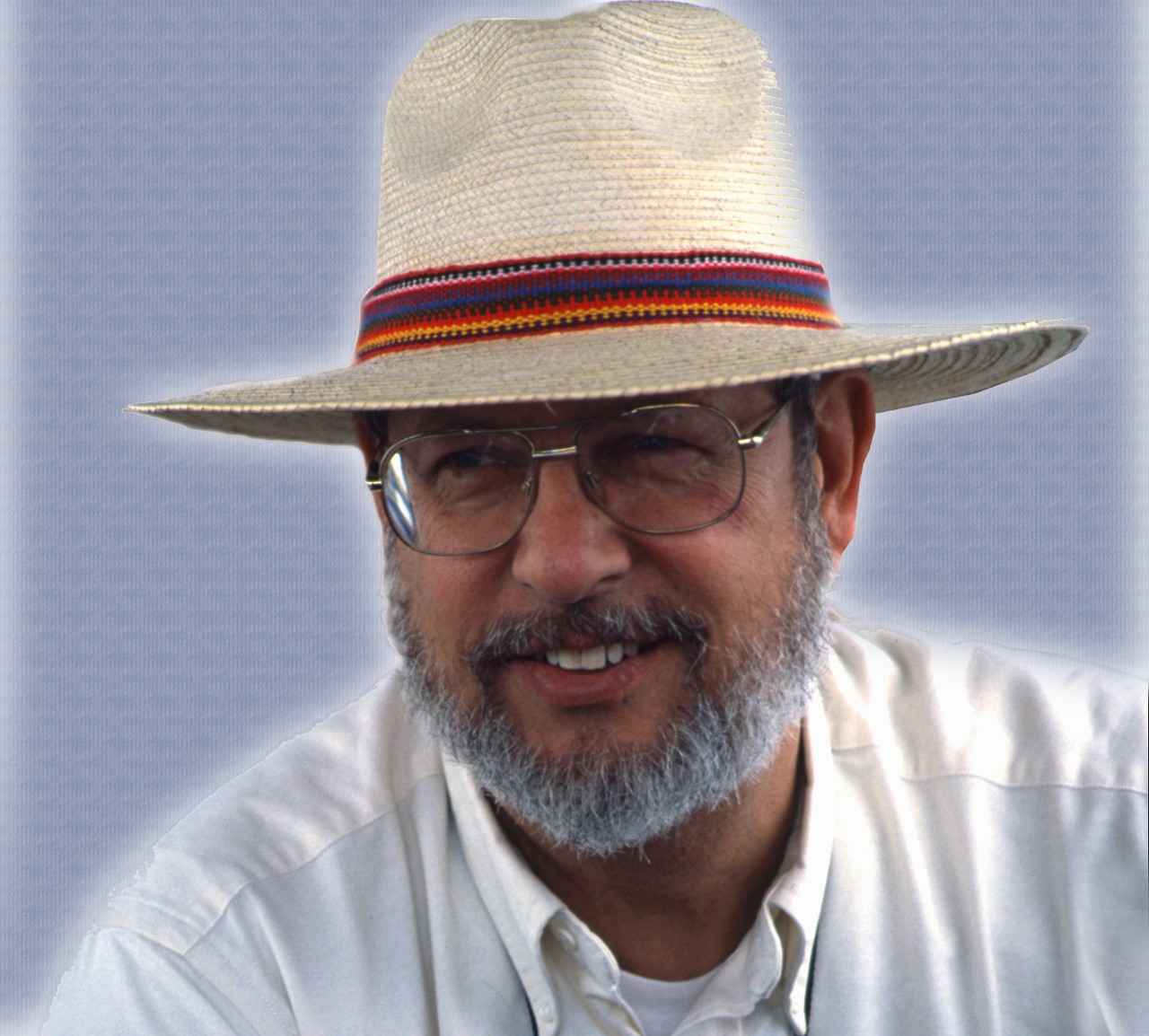 Michael Chenoweth was born in Indianapolis, Indiana in 1942. His father, Karl Chenoweth, was a commercial artist and his mother, Rosalind Barrows Chenoweth was a social worker.

Michael, the oldest of five children, grew up in central Indiana, where he attended North Central High School. After high school, he attended Butler University for a year and a half, then moved to Miami, Florida, to pursue his true love, boats. There he attended Miami-Dade College, the University of Miami, and finally Florida International University, where he graduated in 1974 with a BS degree in Environmental Technology.

Along the way, his education was interrupted by the US Army, which decided he should be an officer in the Corps of Engineers. His military career included infrastructure construction in Thailand in the 1960s, disaster management in the Southeast United States in the 1990s, and an assignment as the senior military environmental officer in Bosnia, Croatia and Hungary in 1996 and 1997. Michael retired from the US Army Corps of Engineers in 1998 as a Lieutenant Colonel. From 1977 to 1981, Michael attended the University of Miami Law School, eventually receiving a JD degree and LLM in Estate Planning. Michael opened his own law office and represented a variety of clients, including many environmental organizations. Most of his current legal work is advisory. He is on the boards of many nonprofit organizations, including the Chenoweth Family Association. He lives with his wife, Pamela Pierce, in Key Largo, Florida. His Chenoweth genealogy is John (1), John (2), Absolum (3), Absolum, Jr. (4), Ephriam B. (5), Clinton Lafayette (6), James (7), Karl (8), Michael (9).

Michael is the chairperson of the Chenoweth Family Association. 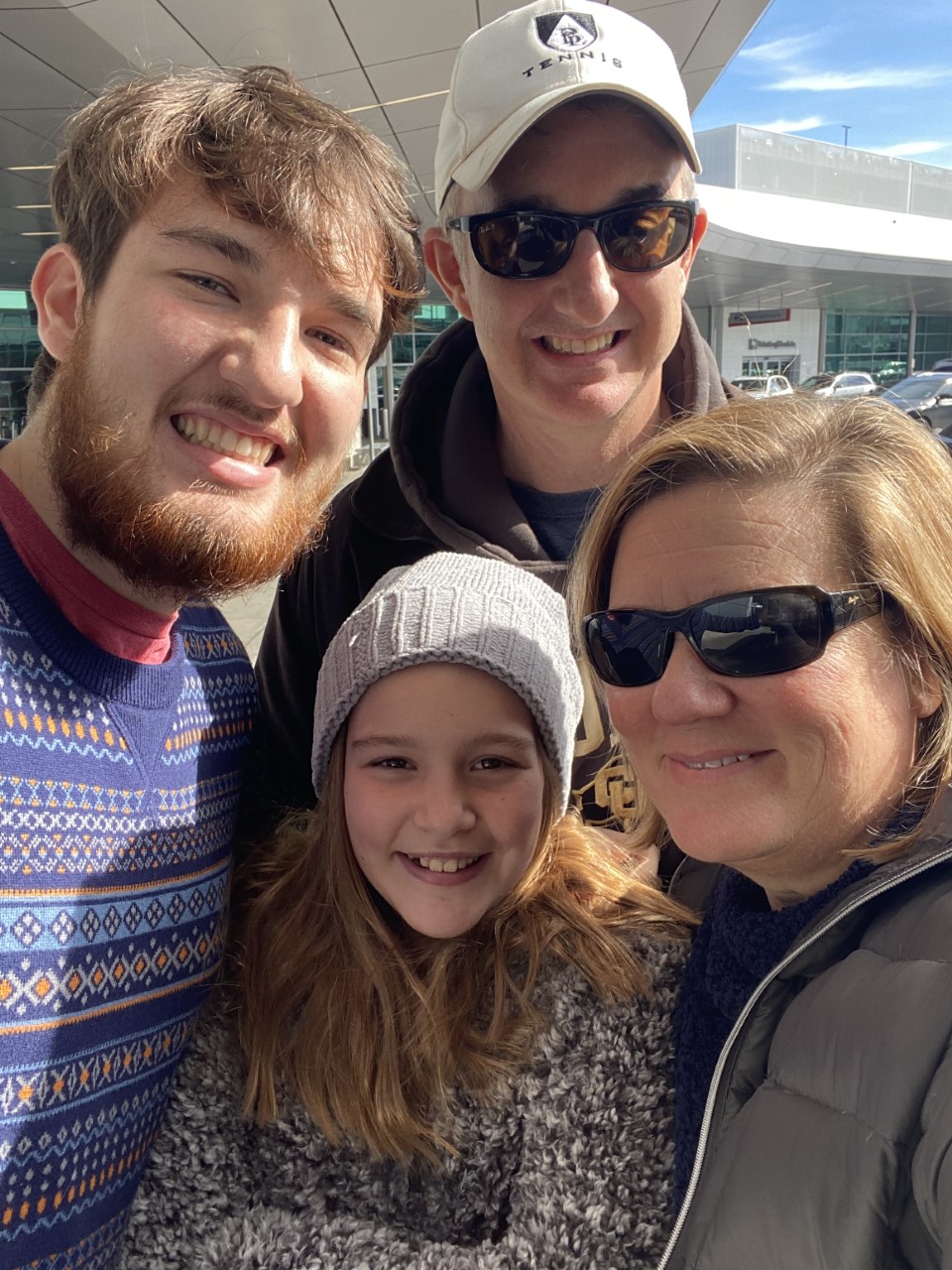 After many years as a ‘professional’ swim instructor, Lawra’s husband, Franz, encouraged her to get out of the pool and get a ‘real’ job. Taking this advice, Lawra found herself in the career of a lifetime, planning and implementing technical events worldwide for a major company in the Silicon Valley. After several years of traveling the world, both for her profession and pleasure, Lawra and Franz started their family. With the birth of their son, Ashlyn, she decided to ‘retire’ and take on a new challenge of being a stay at home mom. Abigael has rounded out the family and with an 8 year gap between the kids, Lawra continues to be a busy mom.

After a lifetime in California, Franz’s career brought their family to Dallas, TX. The move created many professional volunteer opportunities for Lawra including a Board of Directors position for a private school and a stint with the Meadows Foundation. Lawra has also been a Board member of the Chenoweth Family Association for many years. 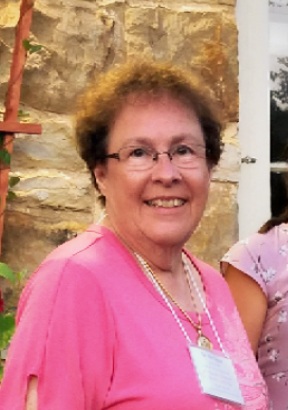 A first-tier Baby Boomer born in central Indiana, SUE ELLEN (BLESSING) PEGLOW has also lived in Oklahoma, Illinois, Iowa and (briefly) New Jersey, before settling down in Arkansas in 1972. Married in 1967 to a native Hoosier, David A. Peglow, whom she met at Indiana University, they spent some time apart while he served in the Army in Viet Nam, as so many did then.

Sue Ellen was fortunate to be able to spend her time finishing her Master’s Degree in Rehabilitation Counseling at IU while David was gone.  He returned from service in 1968, to his auditing position with Brunswick Corporation, which led them, in 1972, to Pine Bluff, Arkansas’ Ben Pearson Archery plant.

David and Sue Ellen began their family in Pine Bluff.  Patricia was born there, with Phillip following three years later.  They moved to the Little Rock area in 1977, where David achieved his CPA certification and where Penny was born.  They have given her five grandchildren, three girls and two boys, all of whom have attended at least two Gatherings.  One of her greatest regrets is that David did not live to meet any of his grandchildren – he passed away in January, 2001, after a long illness.

Apart from her family and church activities, her passions have always included genealogy, which she began at the age of three, reading and travel.  When she found information about the Chenoweth Gatherings on the Internet in 2008 (Fort Wayne, IN), she immediately made plans to attend and has been to all of them since then.  She has served as Treasurer of the Association for the past three years.

Patti and she are very excited to host the 2020 Chenoweth Gathering in North Little Rock!  They hope that you will attend and will find their brand of Yankee-flavored Southern Hospitality to your liking, as well. 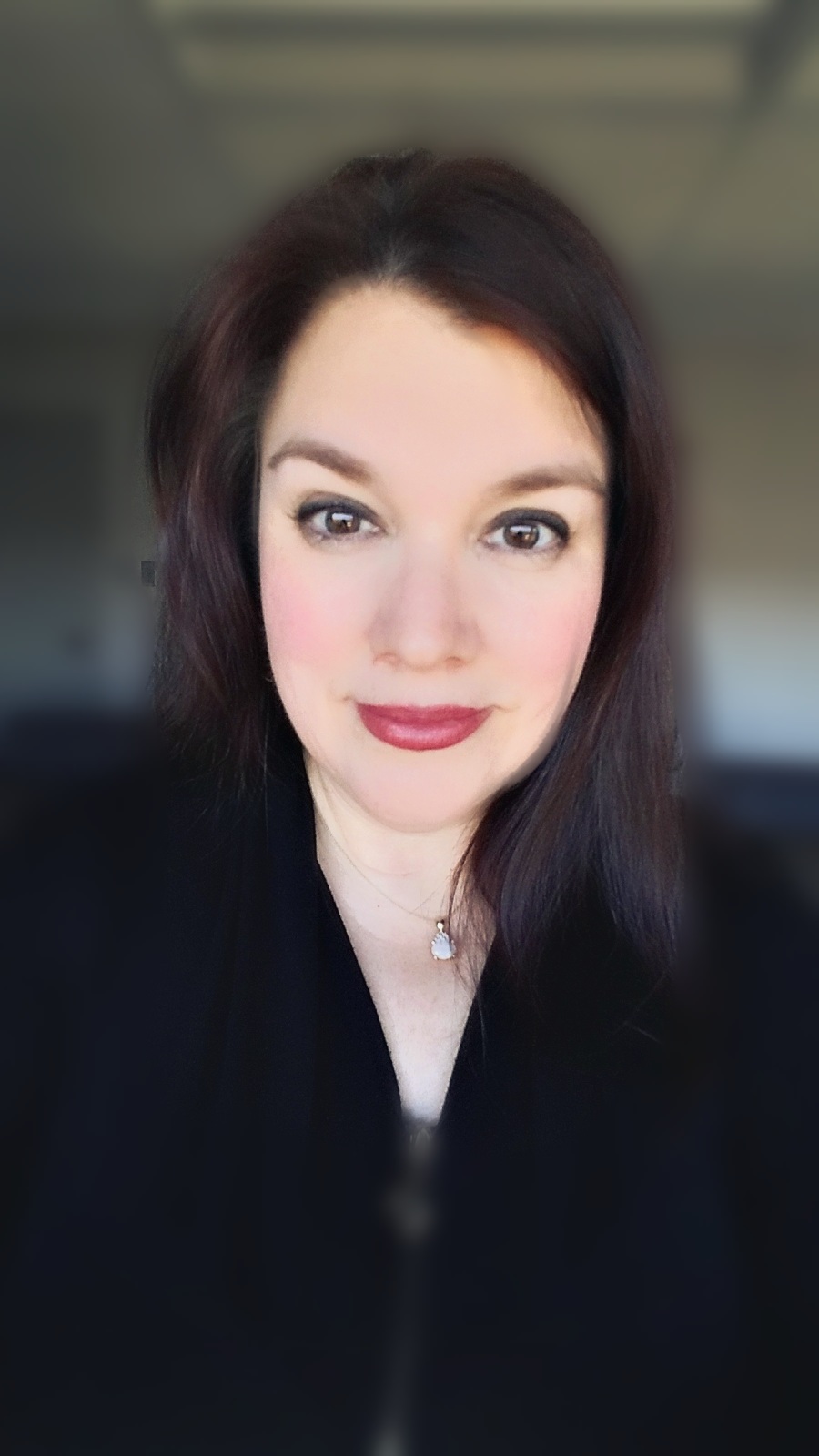 Patti (Peglow) Airoldi is a lifelong resident of Central Arkansas, making her home in North Little Rock, a suburb of the state’s capitol city. She is mother to a precocious daughter, Tori. By day, Patti is a busy Human Resources Manager with one of Arkansas’s oldest and largest real estate firms. By night, she’s an actor who enjoys working on various theatrical projects at local community theaters across Central Arkansas.

Both Patti’s mother and father were avid genealogists, so a fair amount of her upbringing was spent in various genealogy libraries (do you remember microfiche?) and traipsing around overgrown cemeteries looking for headstones.  She still loves when her mother calls with exciting news about some genealogical nugget she found, courtesy of Google or 23andMe.  Some of those surprise findings have even prompted trips abroad to Germany, France, and Poland.  When your mother calls to tell you she’s found the small church in a small town in France where your fifth great-grandfather was married and would you like to go visit – the answer is always YES!

Patti joined the Chenoweth Family Board of Directors in 2016 at the behest of her mother, Sue Ellen Peglow, who was also serving on the board.  Patti has attended bi-annual Chenoweth Reunion/Gatherings since 2010 and loves the social aspect of getting to know and fellowship with ‘relatives’ from all over the world.  Patti loves to travel, so she also enjoys seeing and exploring new sites and cities as the reunion location changes from year to year.  Patti is a 10th generation Chenoweth (John (1), Thomas 2, Arthur 3, Hiram 4, Arthur 5, Jennie 6, Arthur 7, Charles 8, Sue 9, Patti 10)) 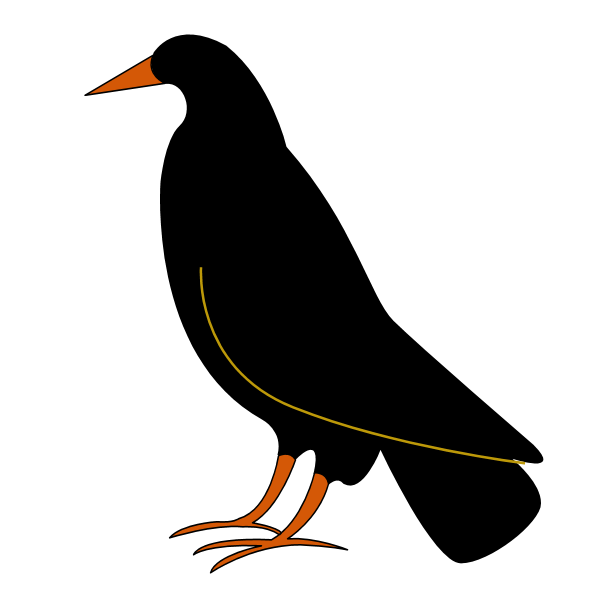 We are currently looking for a new recording secretary. 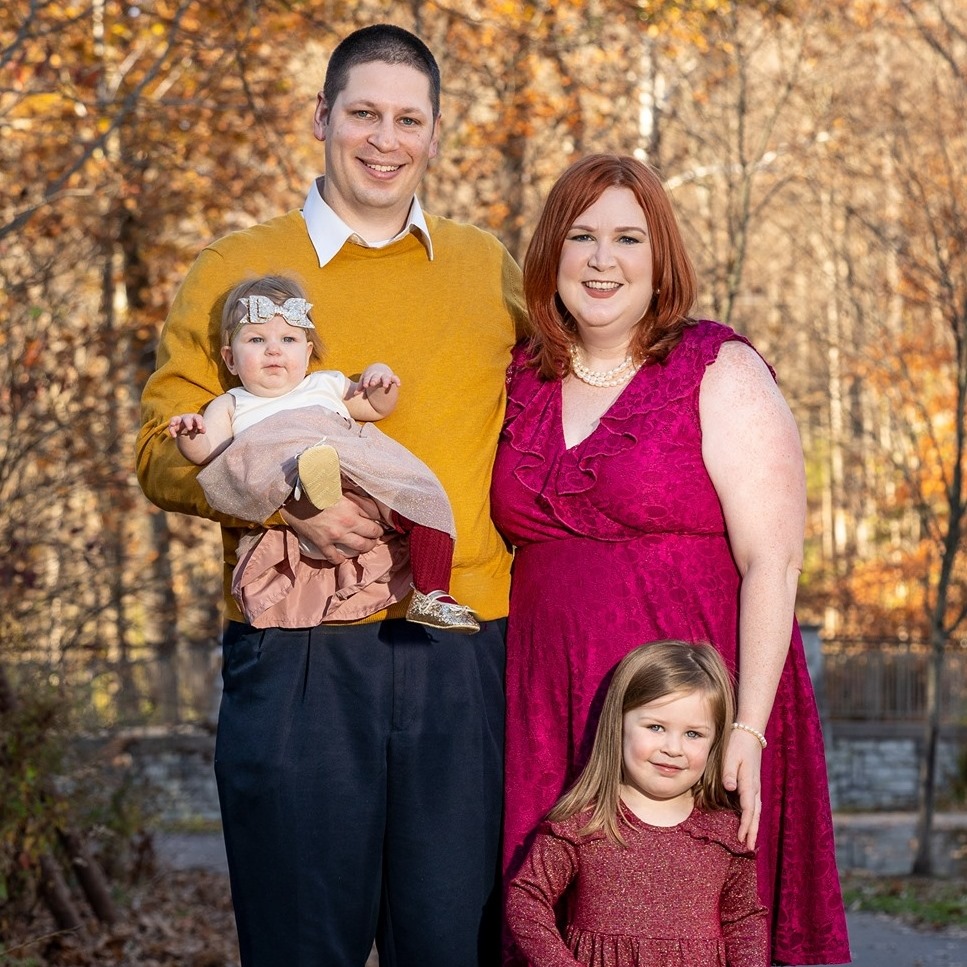 Joshua started on the Chenoweth Family Board of Directors in 2016 at the Indianapolis gathering and enjoys learning about Chenoweth history.  He has found the gatherings to be a great time to spend with family members from across the country.  Joshua is a 10th generation Chenoweth with a line of John1, Arthur2, Arthur3, William4, William5, Benjamin6, John7, Chester8, Lowell9. 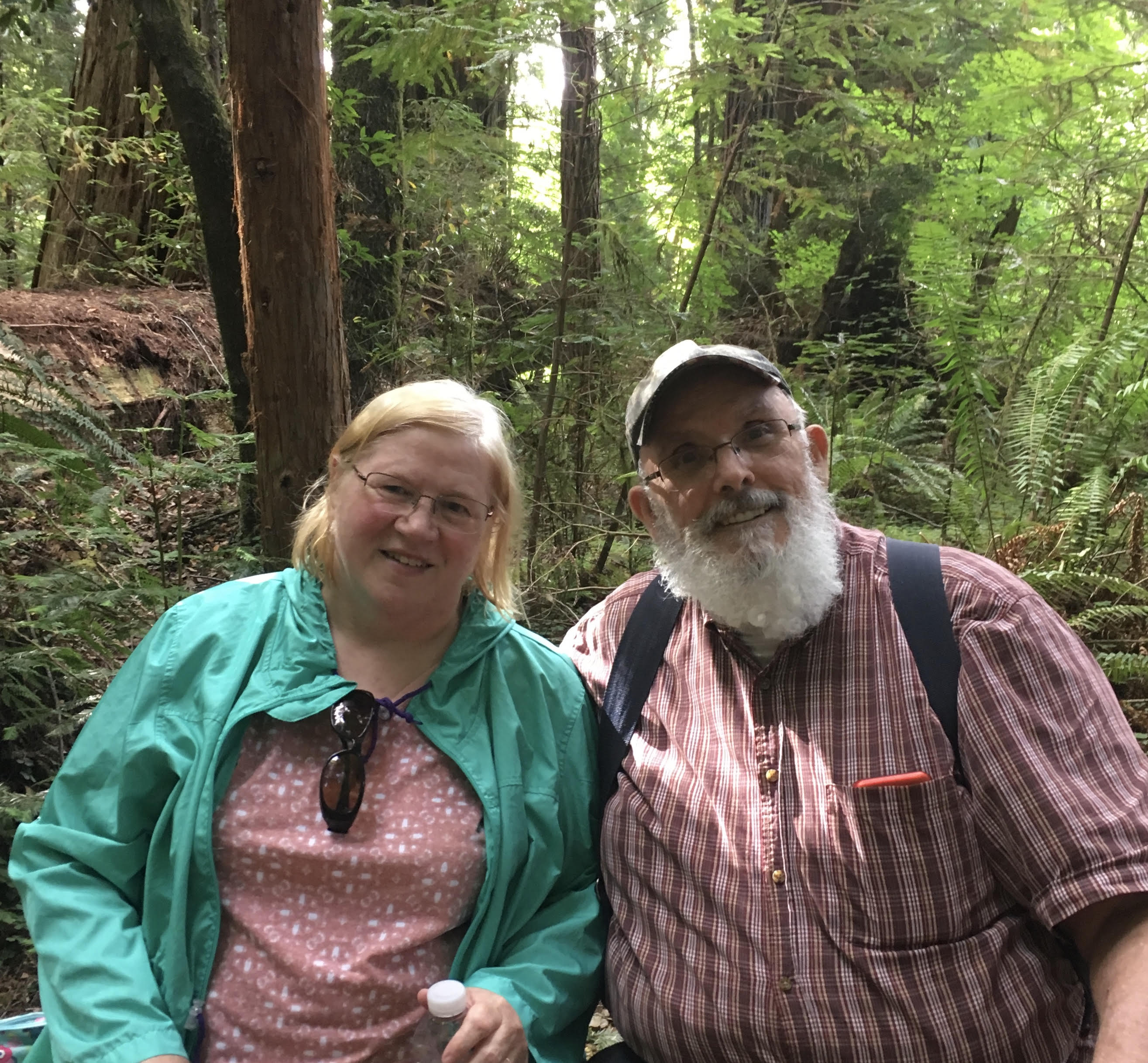 I’m a Janey come lately to the Chenoweths, both the name and the family get togethers. Growing up in Seattle with loving adoptive parents, I often wondered about my bio parents, but knew I had the best of lives, wanted and cared for. Along the way I married, raised a family of 4 children, one of whom we adopted.

After my folks had both passed on, I took the bits of info I had on my birth parents, a name of Jack Chenoweth for father and odd spelling on the mother, put together with my birthplace led me to a marriage license. Amazingly my birth mother was still alive! We’ve met, along with 5 half brothers and a half sister. The Chenoweth side took longer to put together, but with the help of Ancestry DNA a half-first Cousin was found and the story pieced together. Jack had enlisted in the Army March 1941, was enroute to fuel stop at Pearl Harbor on December 7, and stayed in for the duration. His third marriage, to my bio mother was of much shorter duration, just long enough to bring me about, and figure out 6 wild kids were not the peace and quiet he needed. So he took off for Alaska, never to set foot in the continental states again. Being the very definition of an unplanned and unwanted red headed stepchild, I was given up for adoption. Hearing of my half-siblings’ life and neglect, I know it was for my benefit and my folks’ who desperately wanted children.

In researching my genealogy, I discovered the Chenoweth family site, and decided to attend my first get together in 2016 in Indianapolis. Our daughter and family had recently moved near Cleveland, which from Portland was on the way. So at the age of 62 I met other Chenoweths and discovered we were all cousins. I descend from William on birth father’s side, a lightly represented line. Interestingly, my bio mother has a Chenoweth in her line too, my 3x GGM Elizabeth, on John’s line. My parents were 7th cousins 1x removed, not close enough to explain my eccentricities.

We are currently looking for a Member-At-Large.
BeTheme WordPress Theme